The Unitarian Universalist Congregation, Santa Rosa > About Us > History

The Unitarian Universalist Congregation, Santa Rosa (UUCSR), was founded in 1954 by a small group of religious liberals who had previously been associated with the Congregational Church of Sebastopol. They were originally called the Liberal Religious Fellowship. There were about 10-15 members who met in each other’s homes. As the fellowship grew, it attracted Unitarians as well as a few Universalists. They began meeting in a variety of public facilities including the old Santa Rosa Hotel and Montgomery Village Play School.

On December 7, 1955, the Fellowship joined the American Unitarian Association and became the Unitarian Fellowship of Sonoma County. In 1961, the congregation purchased the Todd Road School on Stony Point Road. After seismic and structural upgrading, and some remodeling, the Fellowship moved into its new home.

Meanwhile that same year, the Unitarians and Universalists merged to become the Unitarian Universalist Association of Congregations (UUA). This prompted the congregation to change its name to the Unitarian Universalist Fellowship of Sonoma County (UUFSC). Between 1963 and 1971, six ministers served the congregation for brief periods, mainly part-time. In 1982, the Fellowship participated in the UUA Review and Renewal program, followed by a weekend ministry with Rev. Aron Gilmartin. This ignited new interest in having a minister and led to obtaining Rev. Shannon Bernard through the UUA Minister-on-Loan program. In the six weeks Rev. Bernard served, she aroused enthusiasm for the possibility of seeking a permanent minister, and a ministerial search committee was appointed.

In 1986, Rev. Dan O’Neal began as the congregation’s first Settled Minister, serving until he was diagnosed with a terminal illness in 1997. During Rev. O’Neal’s ministry, membership in the Fellowship grew exponentially. Several modular buildings were added to the campus, the main building was remodeled, and a second Sunday service was added to accommodate the growth. By 1992, it was clear that the Stony Point Road campus was no longer adequate. Attempts were made to expand on the site, but water and sewer restrictions prohibited any further development of the facilities.

After Rev. O’Neal’s departure, Rev. Marge Keip served a two year term as Interim Minister. During this period, 1997-1999, the Fellowship voted to move to a new location. Additionally the congregation appointed a Search Committee to select a permanent settled minister. In early 1999 the congregation voted to call the Rev. Bruce Kennedy as its second Settled Minister. Rev. Kennedy served the congregation from August 1999 through December 2003.

Early in Rev. Kennedy’s tenure, the congregation sold the Stony Point property, and purchased the United Artists Theater 5 complex in downtown Santa Rosa. In late 2002, extensive renovations were begun on the theater complex. Work included demolition of two theaters to form a courtyard and creation of a bright and airy Religious Education wing. The largest of the five former movie theaters was remodeled into a beautiful new sanctuary almost three times the size of the one at the former Stony Point campus.

On September 26, 2004, UUCSR celebrated the Grand Opening of our new home. Rev. William Sinkford, President of the Unitarian Universalist Association, was the featured speaker for the dedication ceremony. The Press Democrat ran a feature-length story of our festivities.

Today the Unitarian Universalist Congregation, Santa Rosa has blossomed into a full service congregation, offering activities throughout the week and a choice of worship services on Sunday mornings. We invite you to come worship with us, or take part in our many activities. 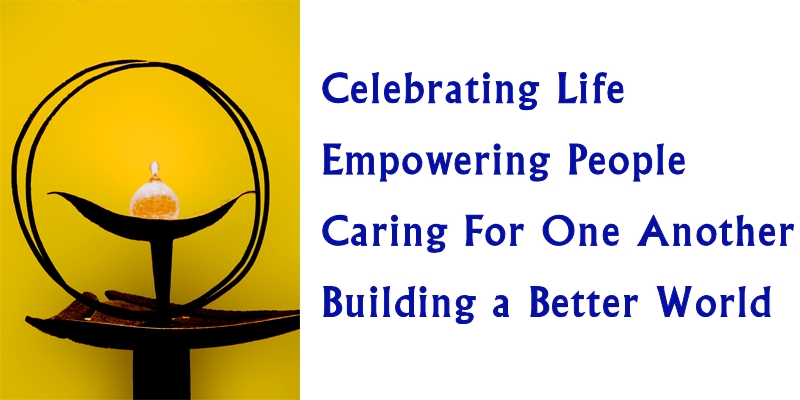