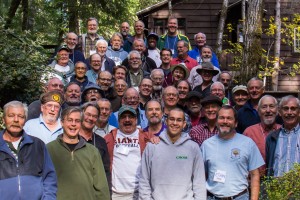 The men of UUCSR hold relaxed, informal, and enjoyable gatherings several times a year where men of the congregation can deepen relationships, make new friends, and explore issues common to men. No experience is necessary. For many men, these gatherings are the first time they have ever attended a “men’s retreat.” One does not need to be in a men’s group to attend a retreat. All men who are members, pledging friends, or guests of the congregation are welcome.

Half-day Retreat Potlucks – A few times a year, ten to thirty men gather at UUCSR to enjoy the fellowship of men, make new friends, reconnect, share what’s happening in our lives, share what comes to mind, and share a meal together.