I grew up in a beautiful desert surrounded by four mountain ranges…Tucson, AZ to be specific. Whenever I fly back to Tucson and the plane crosses the Santa Catalina mountains to the north of town, something deep and profound happens down in the middle of me. It would be hard to categorize that experience but I am moved anew by the beauty of those mountains and the desert. I am coming home.

Loving the desert as I do made leaving home a challenge, which I have undertaken several times in my life, each one a significant learning experience.

The first time was pretty straight forward. I had a job plus a place to live and was only a short drive away from family and friends. I could go back on weekends and enjoy life in Tucson. With a freshly earned college degree in hand I moved from my home to a very rural farming community about 70 miles north where I was going to be a high school teacher.

In the little town of Coolidge with its one stop light and two grocery stores there were basically three groups of people – those who owned or managed the cotton farms, those who worked them and the indigenous people who lived out beyond the town. Ostensibly I was going to teach English there.

The shocking reality was that a high proportion of my students actually could not read and had been moved along through the school system without ever getting help with basic reading skills. From Ray and Roy and Juan I learned what it was like to try to disguise the lack of literacy. I learned what it was like to be a teenager with very bleak prospects of success. It broke my heart.

The second time I left home I had an exciting job awaiting me and a place to live here in Santa Rosa. What I did not have was the luxury of being close to family and my network of friends built up in the over 20 years of living in Tucson.

Leaving home that very hot June night pulling a small U-Haul behind my sluggish Chevy Nova was emotionally the pits. I cried all the way to the California border, and wondered what kind of crazy decision I had made that prompted this wrenching. While my new job was, in fact, as full of potential as I had thought, I was very lonely. I remember thinking that if I had enough money I would have resigned and returned to Tucson.

This time I learned a lot about how hard it is to move away from people I loved and knew and to come to a place where I really was a stranger. I learned about fear and loneliness. However, I had an income, a small apartment home and a car to get around. I was never poor. Of that I am quite clear.

The other time I left home actually came before either of these, and had maybe an even greater impact. It was a different kind of leaving home. In Tucson I had seen poverty in the barrios and in the school where I did my student teaching.

However, in my senior year of college, my parents unwittingly, I think, gave me a profound experience for a Christmas present that year. As a family we went to Mexico City to visit with my dad’s engineer friend and his family. We stayed at a nice hotel in the Zona Rosa, a part of the city where tourists tended to stay. We clearly were not poor.

Day after day many indigenous women with their babies strapped to their backs sat in front of the hotel. They had walked miles and miles from their villages into the city to beg…to beg for a little so that they could care for their families. I remember looking into the faces of those women and encountering a poverty that was new to me. It was as if the blindness had been washed away from my eyes, and I left the comfortable home of my world view.

Living in the desert for a long time, I know both its beauty and its harshness. The miles feel long, the spaces often empty and mostly dry. In the winter desert nights can be very cold; in the summer, which usually comprises more than half the year, the heat is brutal. Dehydration can come very quickly. People hide from the heat. People die from the heat.

Yet these women walked and walked in the Mexican desert, often barefoot as I recall, leaving their homes. Why? To try to make things better for their families. They had no jobs awaiting them in Mexico City, no vehicles to take them around. They walked carrying their babies and they begged in front of the hotels where comparatively rich tourists stayed.

This scene touched a space in my heart heretofore unknown to me. I will never forget it. On that trip I left home before I ever physically did that.

I believe leaving home is often painful in the best and most privileged of circumstances. Leaving home to try to survive requires courage, a willingness to stake everything on the possibility of something better…anything better. One might not live to see the next day or the luxury of a home and a job. In the desert the stakes are high. 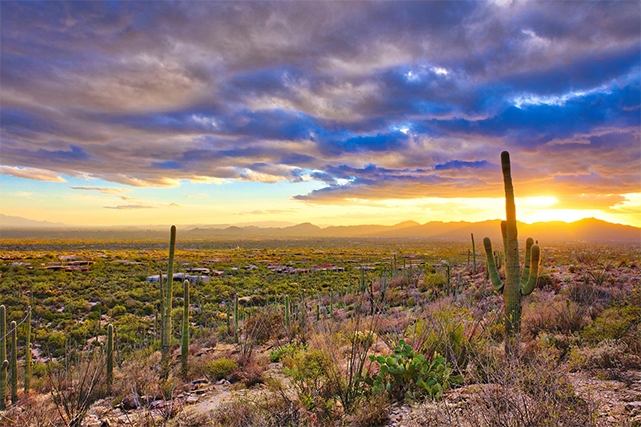