Talk to me about spirituality, and I will inevitably arrive at Father Richard Rohr, one of my primary spiritual teachers. I LOVE Father Richard. I’ve met him on two occasions. Unexpectedly, each meeting provided an opportunity to engage with both my greatest fear and deepest wound, that I am insignificant.

We first met a year ago. Nice and approachable, we actually sat together for about five minutes and shot the breeze. One thing that Father Richard loves, is the intersection of science and spirituality – he raises it frequently in his talks. I shared about my reflection on the Fibonacci Sequence for a service here about a year and a half ago, and I thought he may enjoy it. Long story short, I got him a copy of the reflection, but our interaction left me feeling it unlikely he would read it, so I kinda forgot about it.

A week later, I received an email from the generic equivalent of richard.rohr@gmail.com, sincerely thanking me for the reflection, signing it little r richard. OOOOOO. It was one of the greatest moments of my adult life. [mind blown]. He read my work and wrote me. I felt so, significant. We ended up swapping a few more emails, but then he stopped responding. Predictably, this bummed me out; I enjoyed the attention. When he forgot about me, rational or not, I was hurt. This plucked my core wound: I felt insignificant. It happens when I put someone up there, and I am down here.

The next meeting was seven months later at a retreat in the New Mexico desert. The Men’s Rites Of Passage, created by Father Richard, is a set of rituals and exercises designed to help men grow into further maturity, shed the old ways that no longer serve, and embrace our common humanity. There is deep intention toward transforming our pain, so that we do not transmit it. Part of that teaching is gratitude for our wounds. Those wounds provide the fertile soil from which our greatest gifts are cultivated, they say. I knew Father Richard was coming and had mixed feelings about it: I was excited to see him, but still bruised from his forgetting about me.

The event was five days, and Father Richard showed up at the tail-end of the fourth day. As soon as he did, it was all eyes on Father Richard, including my own. Genuinely, everyone wants to thank him, or have a connective moment, or take a selfie. I, being no exception to the throngs, was eager to interact with him, even if just briefly, to say hello and thank him for the emails. As I approached, he didn’t seem to recognize me. When I eventually got his ear, he didn’t remember me at all, meeting, the emails, none of it. I was crushed, again. In my head, I knew it was silly to expect him to remember, and I should not take that personally, but in my heart, my core wound was struck, again. I really don’t like feeling insignificant.

I returned to my seat angry. Here I am at the end of these Rites, doing all of this work on this wound, and it didn’t mean squat: I just got flattened again. I have made no progress, it felt like. After a bit, I remembered one of the rituals we had done the day before: I had to state my core wound and then thank men as they repeated it back to me, like they meant it. “You are insignificant,” was said by 15 guys lined up in a row. [indifferent] “You’re insignificant”; [dismissive] “You, you are insignificant”; [mean] “You are insignificant.” I lifted my hands, smiled, and thanked them as I walked through my wound.

With this ritual in mind, I knew what I had to do. At the conclusion of the event, I waited for the receiving line to Father Richard to recede. When he was finally alone, I walked up to him, smiling with my hands lifted, “Bless you Father Richard, and thank you…” but before I could finish, he interrupted, “I need all of the blessings I can get,” affable and smiling. I don’t think he heard the complete statement. I said, “Bless you Father Richard, and thank you for forgetting me twice.” As we finished our statements at the same time, he lifted his hand to my forehead and thumbed a cross, saying, “I bless you with the breadth, width and depth.” [Breath]. 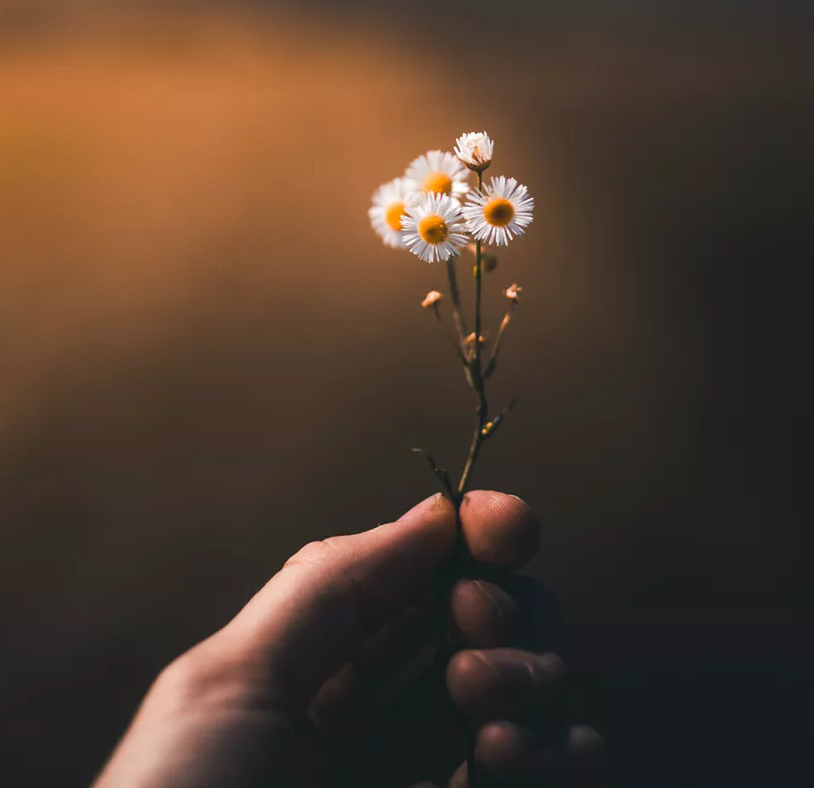 There we were, just two men, flat, exchanging blessings. All of my hurt, my feelings of insignificance, washed away in that moment. No more up there, down here. I stopped worshipping Father Richard and started loving little r richard. What a sweet man to bless me as he did, just as I had blessed him. The wound of his forgetting healed permanently.

I’ve heard that gratitude is the opposite of anger. We cannot be angry if we are grateful. I believe this is one key to transforming my pain so I will not transmit it. Changing my mindset about my wounds from anger to gratitude with Father Richard created a beautiful moment of healing and connection. Gratitude opened my eyes to the personal danger of the up there, down here dynamic. Despite, at times, wishing my wounds were not part of me, they are, and always will be – it is part of being human. In accepting them as part of myself, gratitude for my wounds becomes a practice in loving myself, all of me. This gratitude is the fertile soil from which great gifts are cultivated: the blessings of, self-love and full embrace of our common humanity.